The ITGA is a non-profit organisation founded in 1984. 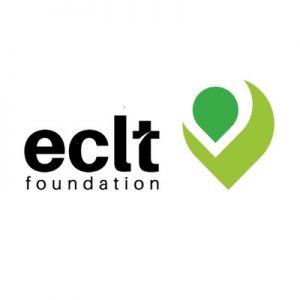 With view to the eradication of child labour in tobacco farming, the ITGA signed with the IUF (International Union of Food, Agricultural, Hotel, Restaurant, Catering, Tobacco and Allied Workers' Associations) and BAT a joint statement in support of this cause, witnessed by the ILO (International Labour Organization), the ECLT Foundation Board's main advisor.

The work of the ECLT Foundation focuses on...

… supporting and funding local and community-based projects that combat child labour in tobacco-growing;

… encouraging and funding independent research to produce an objective picture of the conditions and level of child labour in tobacco-growing; Access to information and assistance from fellow members;

… establishing and sharing best practice among ECLT Foundation members and affiliates as well as with other stakeholders.

The ECLT Foundation is a non-profit organization and is supported by the advice of the International Labour Organisation (ILO).

It is located in Geneva since 2001. Projects are currently running in  Malawi, Tanzania, Uganda, Zambia and Kyrgyzstan.

Two projects have just been finished in the Philippines and Mozambique and the Foundation is investigating new proposals in those countries.

Research has been also carried out in Indonesia, Dominican Republic and Fiji.

June 12 is an “official designated day”, World Day Against Child Labour (WDACL), during which the Governments, UN agencies, particularly ILO, the social -200partners and the civil society join forces to advocate for the elimination of child labour. This year it coincides with the opening stage of the football World Cup, and the slogan for this year will be Go for the Goal: End Child Labour by 2016″.

READ MORE
ABOUT US

ITGA is the only worldwide Tobacco Growers’ association leading growers around the globe since 1984 in the search for a better sustainable future.
ITGA was created 20 years ago by the main tobacco growing countries at the time and since then sustainability of our farmers and their communitties have been key in the core objectives of our association.